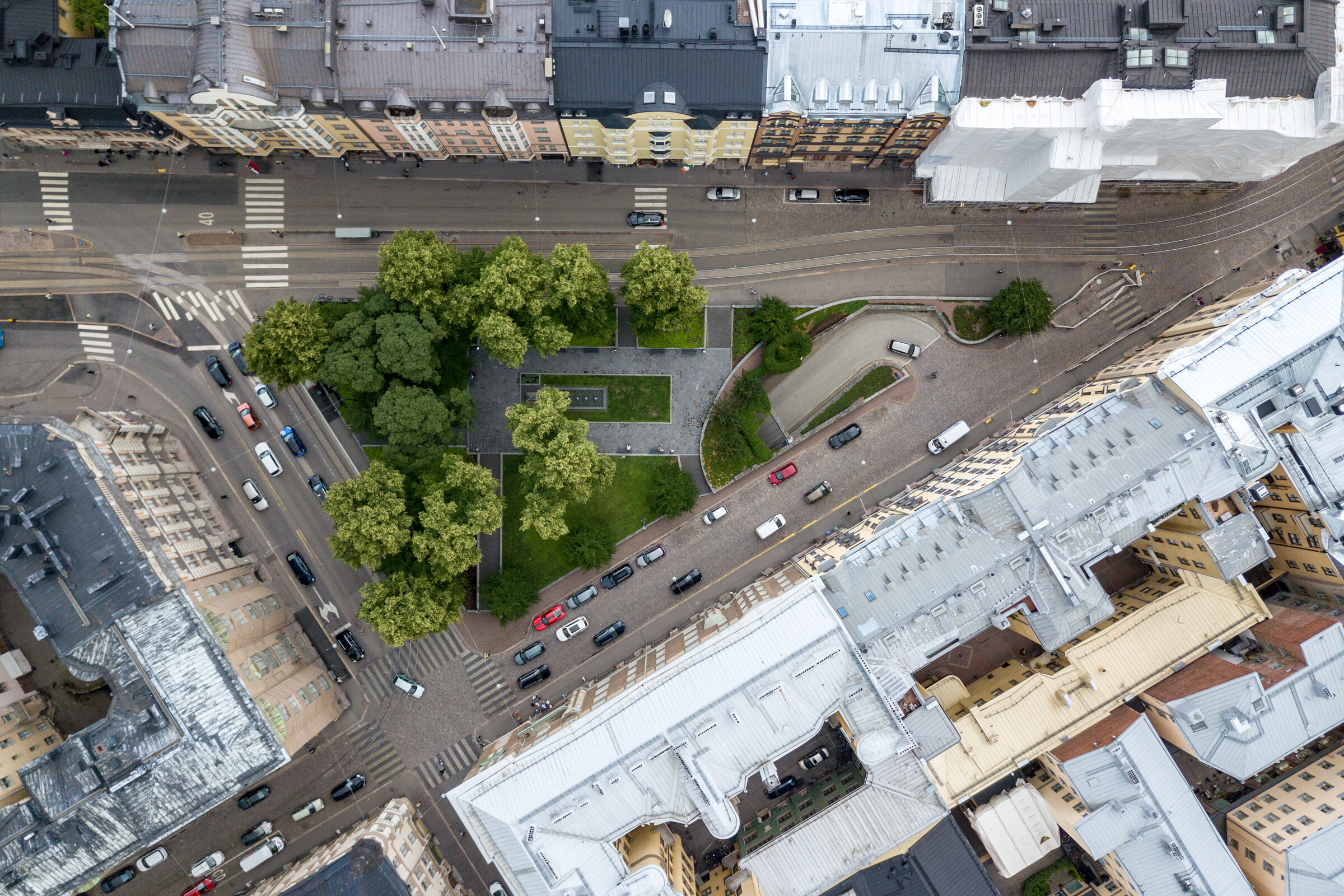 Simulations are a central tool for traffic planning. Simulations can help understand mobility based on facts and from various perspectives. With small shifts in focus, the work on traffic simulations could promote carbon-neutral mobility even further, support the planning of a functional city and open up dialogue.

A traffic simulation can be roughly defined as a model that imitates reality based on calculations. Often, simulations depict situations and events that are difficult to imitate otherwise. In traffic planning, simulations can represent traffic in real time, predict the future or model historical trends. Simulation models may depict traffic on a micro or macro level, or between the two, at the meso level.

In the URBANITE project, we focused on experts who are in contact with traffic simulations in their roles as planners, researchers or specialists. As a part of the project, we organised workshops in which we discussed how the city is developed through traffic simulations now and in the future. The observations I present in this article are based on the discussions we have had in the workshops, the work done with stakeholders in the project and other informal discussions with them. The stakeholders represent the City of Helsinki, the Port of Helsinki, Helsinki Region Transport (HSL) and Aalto University.

According to the experts, there are problems related to the City having few simulation professionals despite the software licences available. The usual practice is to purchase models from consultants when they cannot be easily formed on the basis of the HELMET model. However, simulation models by consultants rarely take a stance on how the city should be planned in terms of sustainability, and they involve operators rather narrowly, if participational aspects are not specifically ordered.

Issues with the models’ reliability stirred up much discussion, regardless of whether the models were implemented by the City’s data analyst or an external consultant. Simulations involve several levels and interpreters, which increases uncertainty, despite the models being made as close to reality as possible. Errors build up on each other if there are many variable assumptions in the initial data. Problems arise when models are interpreted as ‘the truth’ and ‘certain knowledge.’ From the perspective of planners and the people making decisions based on the simulations, uncertainties may be difficult to identify if the assumptions behind the models have not been made visible. The experts also brought up the concern that the models could be used to purposefully influence decision-making, at least theoretically.

Several wishes were expressed for the models’ development. The traffic and urban planners involved in the discussions were especially interested in understanding mobility widely. The experts showed an interest in traffic simulation tools that would be open to experts, that would pay attention to changes in mobility and strategic goals, that would be flexible and easily modified, and that would be easy to use independently. They hoped that the development of simulations would be a learning process that could involve the experts who use the model even more extensively.

The experts hoped that climate goals could be taken into account more extensively in the work on traffic simulations. The reduction of passenger car traffic and the promotion of sustainable mobility should be front and centre in the traffic simulations when we aim to achieve the targets of the Carbon-neutral Helsinki Emissions Reduction Plan (CNH).

The law also requires that the City builds a healthy environment for its residents. In practice, this means reducing the emissions and noise from traffic, which is why walking and cycling are listed as modes of transport that should be promoted ahead of car traffic.

However, the development of traffic simulation models has long traditions in promoting the smoothness of (car) traffic. According to the experts, the goal of making car traffic smoother easily takes precedence over the targets presented in the Carbon-neutral Helsinki Action Plan. Even though HELMET by HSL also models public transport, walking and cycling, there are too few models for depicting sustainable mobility, emissions impact and changes in mobility.

The impact of future scenarios on sustainable mobility stirred up much debate. Forecasts often involve uncertainty, but they are nevertheless significant for the future. For example, if the car traffic on roads has increased in the past few years, and today’s city is suffering from congestions, it may seem logical to increase the number of roads. However, the forecast may further increase car traffic, which conflicts with the climate targets.

The experts say that the dialogue between the City, the regional operators and the central government sometimes breaks up. When smooth car traffic and environmental targets are in conflict, car traffic may be prioritised, which makes it difficult to reach the sustainable mobility targets.

How can we start solving the problems listed above? The popularisation of traffic simulation models may offer one way of doing so. Although not all experts need to understand the finer details of simulation models or know how to use specialised software, the goals and assumptions behind the model can still be popularised in interesting ways. From the experts’ perspective, it would be important for all parties to ‘speak the same language.’ If this was achieved, the potential future trends of simulation models could be looked at more critically and interpreted as possibilities, not as straightforward truths.

Climate targets may be easier to justify and achieve when they are made visible also during the work on traffic simulations. The popularisation of the simulation models may also make it easier to assess the effect of the climate actions.

Urban planning must be democratic and inclusive with regard to residents. If residents are given the opportunity to learn more about traffic simulations, the models should have a purpose in the residents’ eyes. The experts wondered if popularised simulation models could be attached to plan drafts or other public City documents.

Universities could also play a major role in the popularisation thanks to researchers’ special expertise. The participants also wished that the discussions would involve representatives of the ELY centres and the central government, such as Fintraffic, so that dialogue between operators at different levels could remain functional. Other existing groups could also be used more effectively. The MAL agreements on land use, housing and transport are an excellent example of cooperation between several public authorities, as are the various research groups of HSL. It was also seen as important that mobility data would be considered a common cause and experts would be encouraged to leave their respective ‘bubbles.’